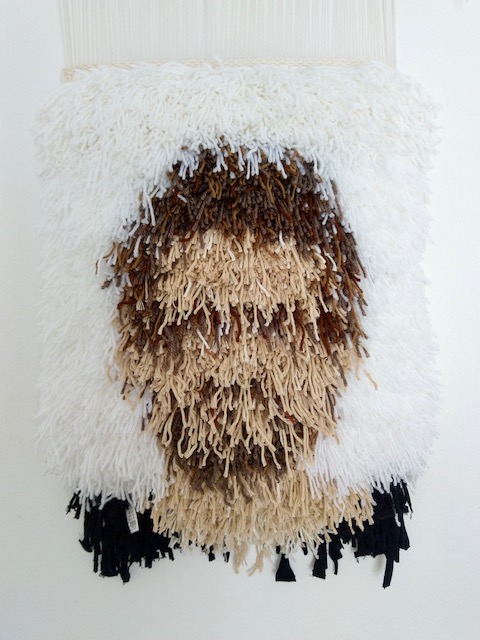 In Roux’s artworks. rya knots sit tightly packed in rows, creating a pixelated backside of the artwork, while the combined use of different types of yarn and material makes for a disorganized front. Because of an intuitive process there is no way of her knowing exactly what a new work will look like upon completion.

She is intrigued by the process of making and the act of weaving in itself. The time it takes plays a large role in her practice and she likes to focus on the process rather than the product. The making-process gives her the opportunity to ‘take’ time, for herself; to make it her own, and use it in any way she likes; a privilege in today’s fast-paced environment. The slowness of the traditional hand-craft of weaving also helps her to practice an awareness of herself as a subject in art and of her process. It helps her to be present; to be physically, mentally and emotionally involved with the process of making.

Roux also likes to use the ancient craft of hand weaving alongside modern mechanics and contemporary technologies to create her images. Consequently, the gap between old and new, and the opposition between digital and mechanical is brought into the spotlight. The systematic process of weaving row-by-row reminds of the digital printing process and watching the picture grow from one side to the other. Weaving is historically linked to computer technology through the use of a binary logic; the over-under-over-under pattern in weaving that laid the foundation for the 1-0-1-0 of computer technology. 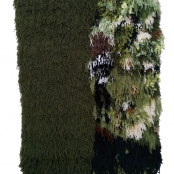 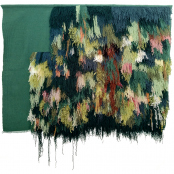 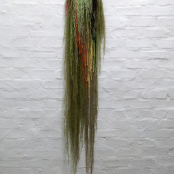 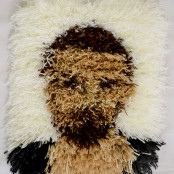 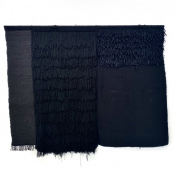 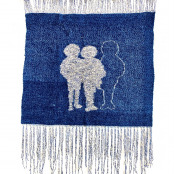 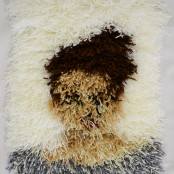 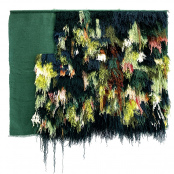 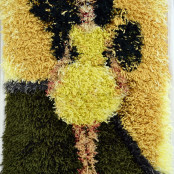 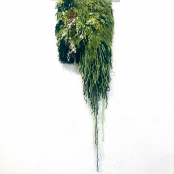 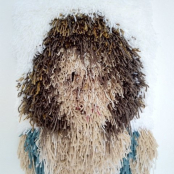 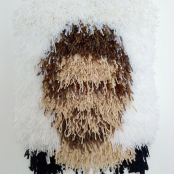 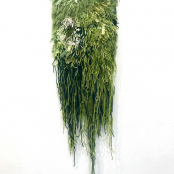