Oliver Scarlin, born in Cape Town in 1987. In 2007 to 2012 studied at the Stellenbosch Academy of design and Photography and got his degree in Applied Design and Hons illustration.
In 2012 to 2015 the young South African artist studied abroad at the Florence Academy of Art in Italy. He also represented Art in London in 2014, at the 20th Century theatre. 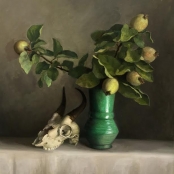 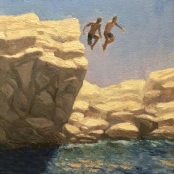