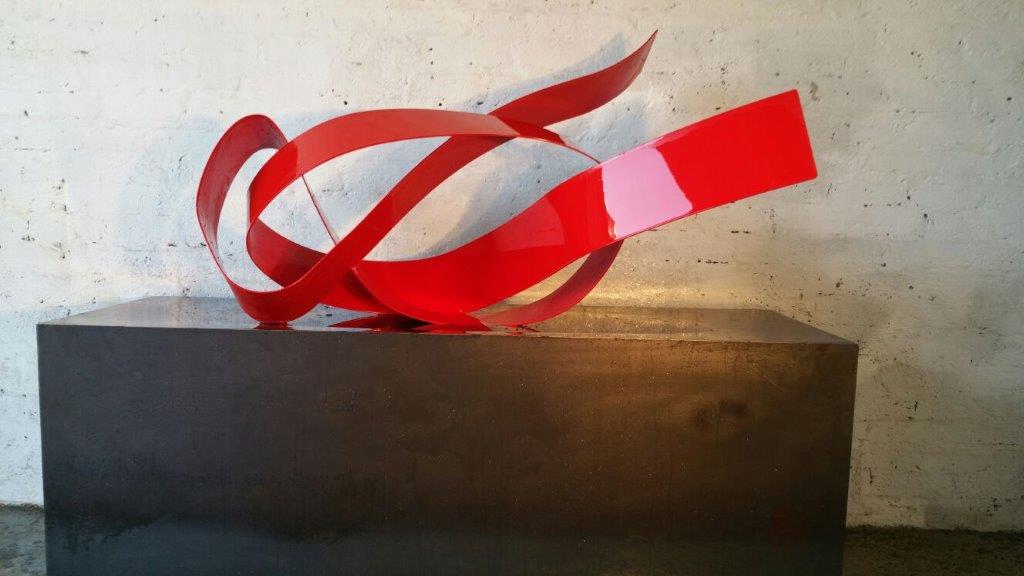 Mark Swart was born in 1966, he completed a national higher diploma in art in 1991. He became a full-time designer and sculptor in 1992.

Mark’s work is process of form reaching towards beauty, whether it being design, sculptural, architectural or functional. His design philosophy is simple, form follows function, using only the essential lines to define the object, it’s about how form presents itself, the message it conveys and the feeling that it calls forth.

Mark says: “By giving his sculptures titles, he is giving them life, opening channels to communicate their story to the observer. Steel is often perceived as hard, cold, strong and unyielding material and often it evokes that emotion. The sculpture and all its stories can co-exist without needing explanation from its creator. I express other qualities of metal by stretching the physical plasticity of the material which enhances the image and conveys the emotional message of the sculpture.”

His work is to create a balance between the spiritual and the physical world- through his thoughts, word and deeds, a process of uniting imagination and sensation with physical matter.

Mark Swart is a well-known artist today, his art is sought-after both locally and internationally. 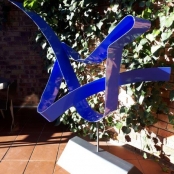 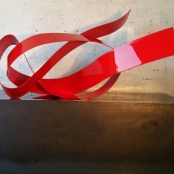 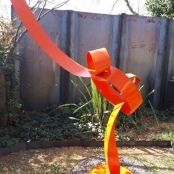