• Recipient of the Jackson Pollock-Krasner Foundation Grant
• Medal of Honor from the South African Academy of Arts and Science.
• Winner of the It’s LIQUID International Contest – First Edition 2012. Italia, for Sculpture and Installation
• Nominated Finalist for the International Award for Public Art (IAPA) The IAPA was established to increase visibility for public art internationally and is administered by the Institute for Public Art (based in Hong Kong) in collaboration with Forecast Public Art (USA) and Shanghai University (China).
• Recipient of the Prince Claus Grant Amsterdam The Netherlands
• Nominated for the Daimler Chrysler award for sculpture in Public Spaces 2008
• Co-Curator for:
1. Global Nomadic Art Project (GNAB) 2015-2016. South Korea
2.The Exhibition of 30 Nature Artists in the World 2015. South Korea
• As a collaboration exhibtion: ATKV Aartvark price for most innovative work at the Aardklop Arts Festival in Potchefstroom 2015 South Africa
• Member of the curatorial panel for World Design Capital Cape Town 2014.
• Festival artist at the Aardklop Festival Potchefstroom 2013
• Festival Artist at the Fjellfestival, Andelsnes, Norway 2013
• Kanna Award at the Oudtshoorn Art Festival for best Visual art projection in a musical in collaboration with the music of Laurinda Hofmeyr

Studied art at the Universities of Stellenbosch, South Africa, Hooge School Voor de Kunste, Utrecht, Holland. The Academy of Art and Architecture Praha the Czech Republic and the Kent Institute of Art and Design Canterbury, England.

As a land artist he generally uses the materials as found on a chosen site. These sculptural forms take shape in relation to the landscape. It is a process of working with the natural environment/world by using what is found on site and then shaping these elements into geometrical forms until it gradually integrates with the natural environment again. Depending on the purpose of the exhibition or the commission the artist will also use materials that is brought in to the landscape in order the make a statement about our relationship with the land, in many of these works the installation is not permanent but only functional for the duration of a certain event. 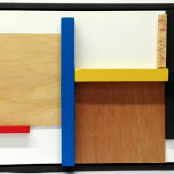 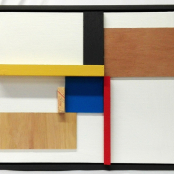 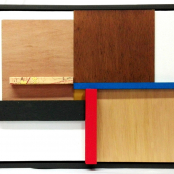 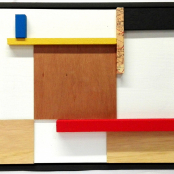 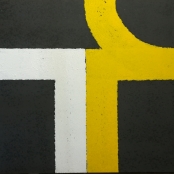