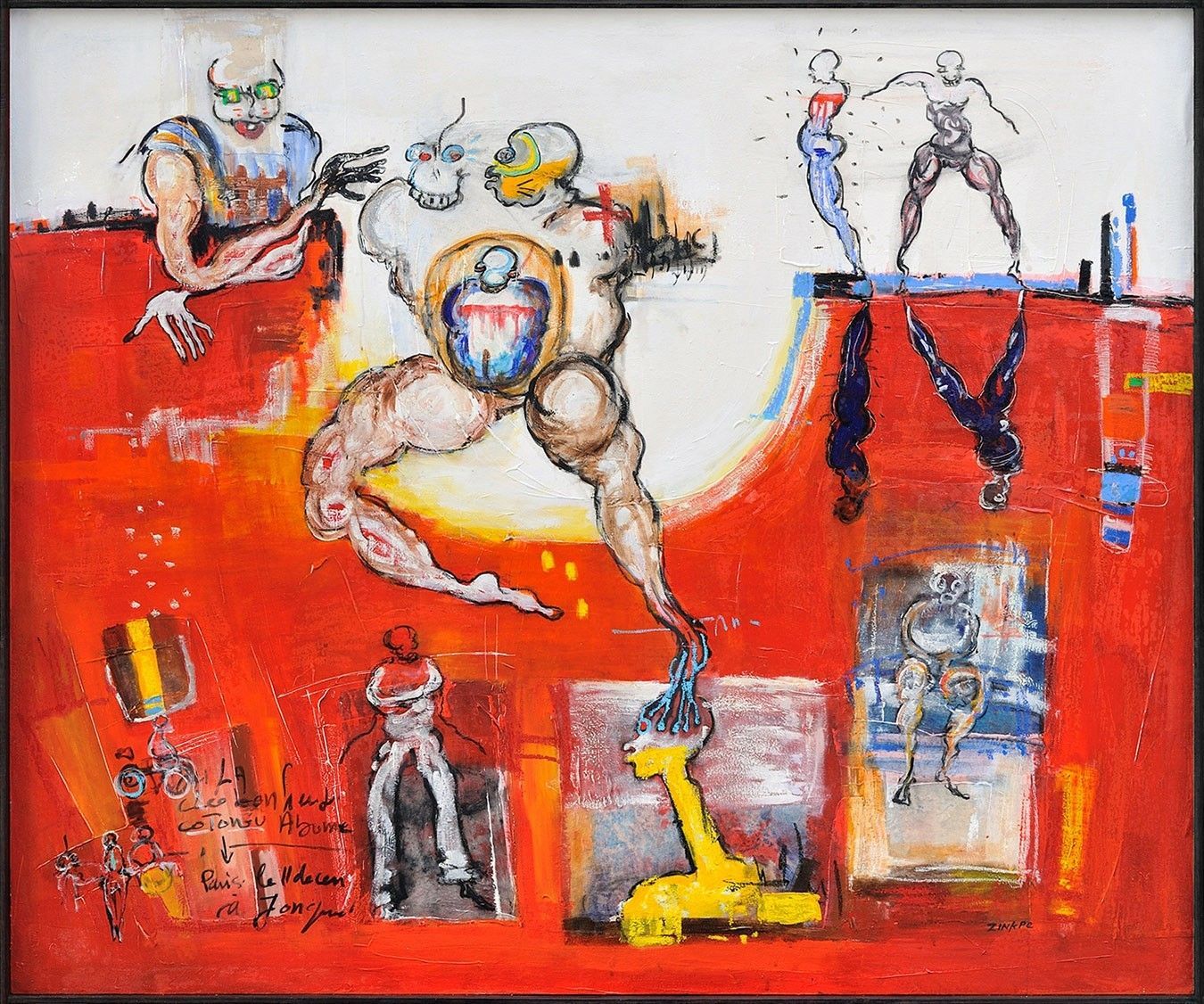 Zinkpè was born in the Republic of Benin, and is one of the most celebrated contemporary artists to emerge from his country. He uses a range of media, including painting, sculpture, installation and video, and his work is influenced by his country’s rich history and his immediate African surroundings.

His early installations depict contorted, grotesque human-animal forms created from thick tree roots, branches, iron wire and textiles. His later paintings have been described as depicting a ‘world of ghosts’ – as well as the transformations that humans, animals and organic forms undergo through interaction with their environment. His hybrid beings – somewhere between human and animal, the living and the dead – engage
in dance and evoke rituals and games around status and gender that are deeply rooted in Benin culture.

Zinkpè’s paintings have a surrealist quality, and nurturing fertile women often appear in his work, recalling themes of desire and motherhood.
His broad oeuvre draws from the aesthetic currents of the past, underscoring the unresolved tensions arising from the fusion of Catholicism, Animism and indigenous traditions with contemporary culture – and these themes are often explored in the spirit of irony and satire. 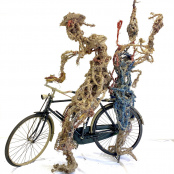 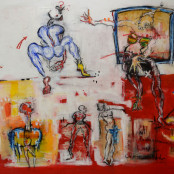 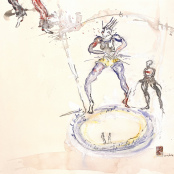 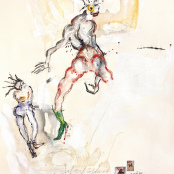 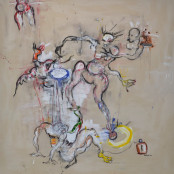 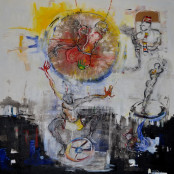 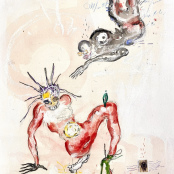 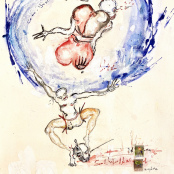 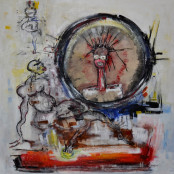 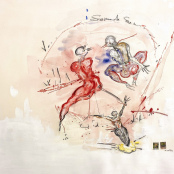 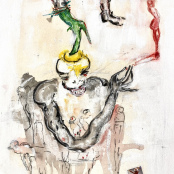 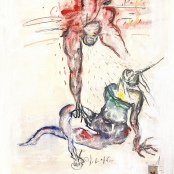 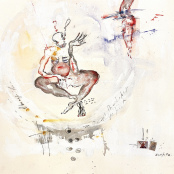 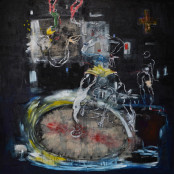 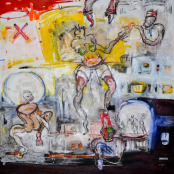 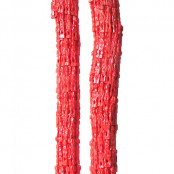